→ Sevastopol and Secrets was a musical which saw both the music and drama departments of the school working together. The performance area was split into two areas; a raised platform for the acting and choir which a lower area for the musicians.

→ We began the get-in by bolting the lite-deck together to form the platform. We added two sets of treads for the actors to get on and off the stage. We then setup the orchestra area with chairs and music stands.

→ We used 8 fresnels to create a wash to highlight the facial expressions of the actors and light the orchestra pit. We also used two LED parcans to provide versatile and colourful backlight.

→ We rigged two SLs with breakup gobos to add texture to the scenes. 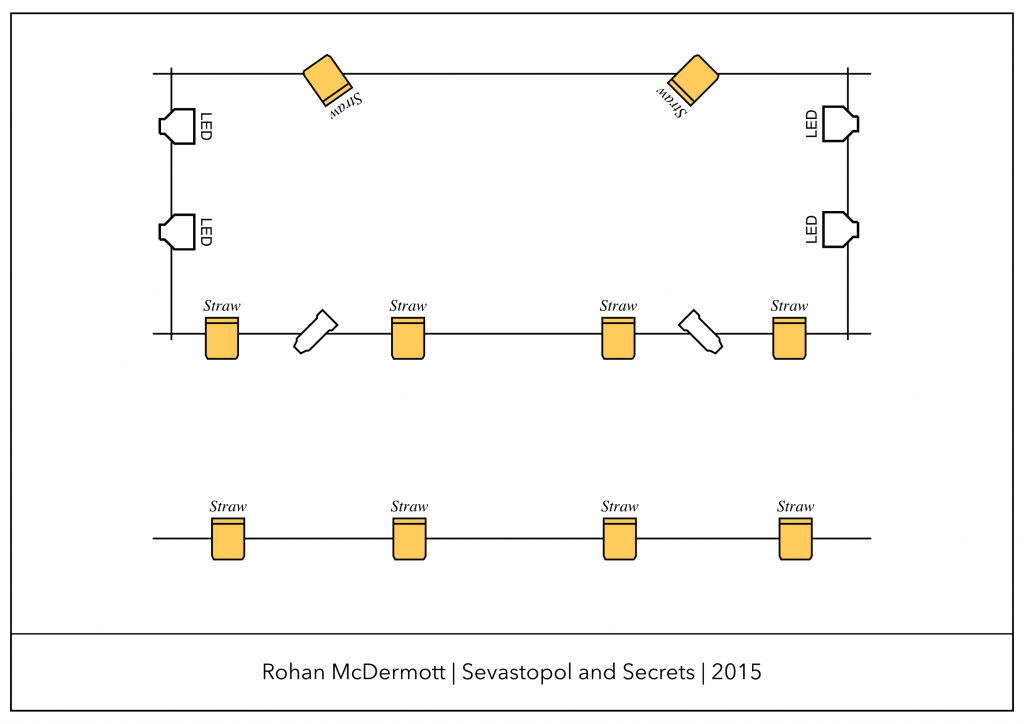 → We rigged two large confetti blowers to drop red petals over the choir and stage during the final song. The blowers were controlled manually using a sub-master on an ETC Ion.

→ One of the main challenges for me on this production was listening for the cue lines in the middle of a song. This meant that I often had to rely on actors hitting their marks and working off visual cues. 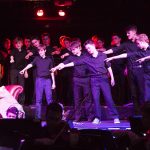 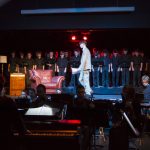 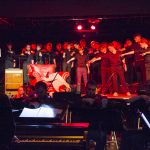 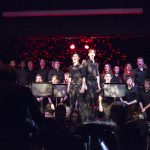 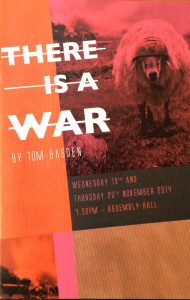 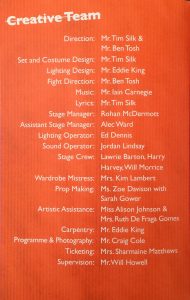 → For this production, we flipped the performance space around and had the audience sit on the opposite side of the stage to create a more intimate experience. This meant that during the shows, the operators in the control room were only able to see the back of flats through the window.

→ We solved the vision issue by mounting a CCTV camera with infrared capabilities inside the box we created.

→ In order to hear what was going on onstage, we dropped in two shotgun microphones. We placed a small speaker in the control room.

→ This year, the school hired some buzzers. These were linked to a laptop and came with software which displayed the team names and scores as the players buzzed in.

→ All sound effects were sourced from the internet and added into a QLab stack for running during the show.

→ We used profiles to separate the stage into different sections. This allowed us to highlight the various sections of the of the stage to concentrate the audience’s attention. We used LED parcans to have the ability to change the environment of the scenes by changing the colours.

→ We rigged a row of around 10 LED batons behind the back wall which acted as audience blinders in the final scene. 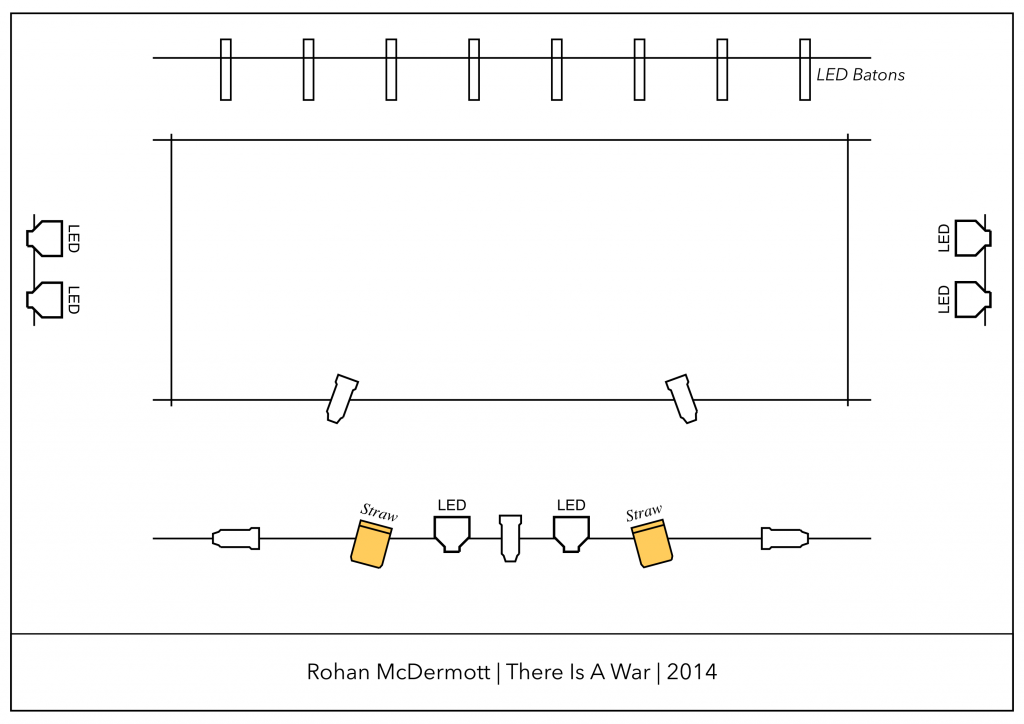 → The director requested that confetti cannons go off in the final sequence. We mounted two confetti cannons on the side walls. During the shows, I fired the pyros after receiving safety checks from the box and a member of crew who peaked through the stage flats.

→ We also built the back wall so that it could be lowered by two members of crew using pulleys. This released the row of audience blinders. 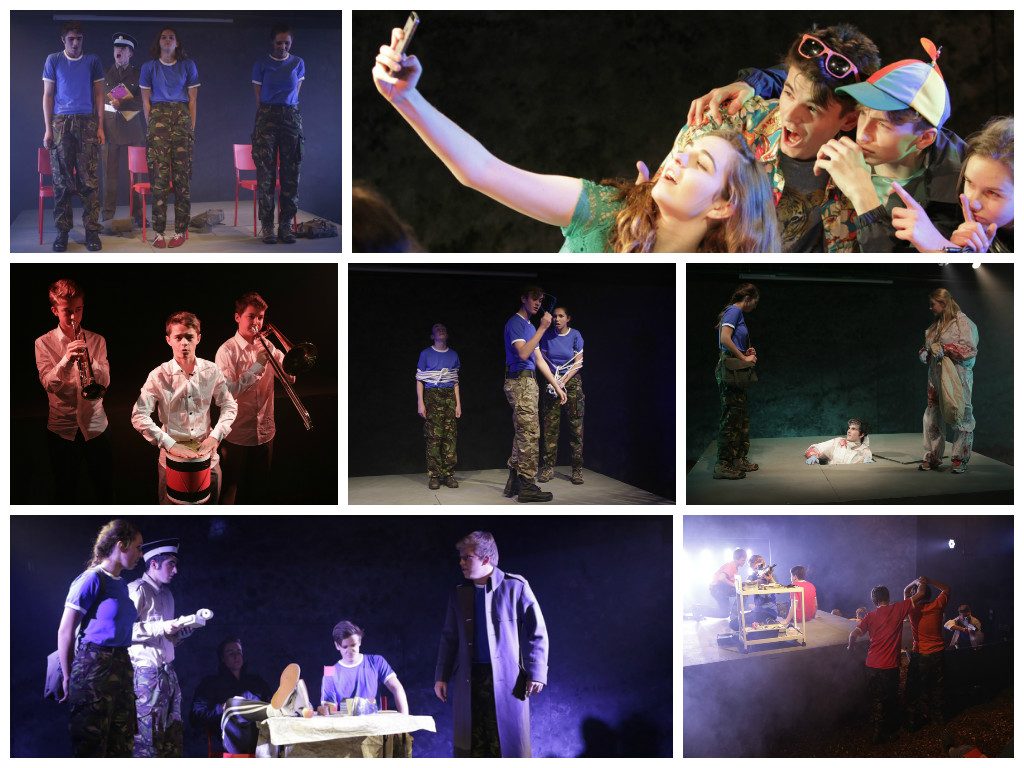 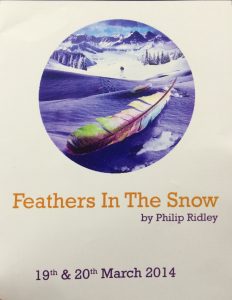 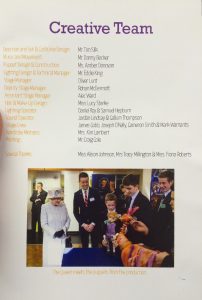 → From an early stage in the production, I began sourcing specific props for actors to rehearse with. I attended production meetings and rehearsals to gain a strong understanding of the play.

→ During the get-in I helped rig the lighting for the production. I also worked with a group putting the lite-deck in site and bolting it together.

→ We built a wall of 8 flats at the back of the stage with 4 doors for the cast to enter and exit.

→ I began annotating the script with cues as they were programmed in the technical rehearsal.

→ As the play targeted a younger audience and had a range of different locations, we used LED parcans to provide colourful side lighting.

→ We used a straw wash to provide face light.

→ The LED parcans allowed us to create a strong flash of red when a character died. 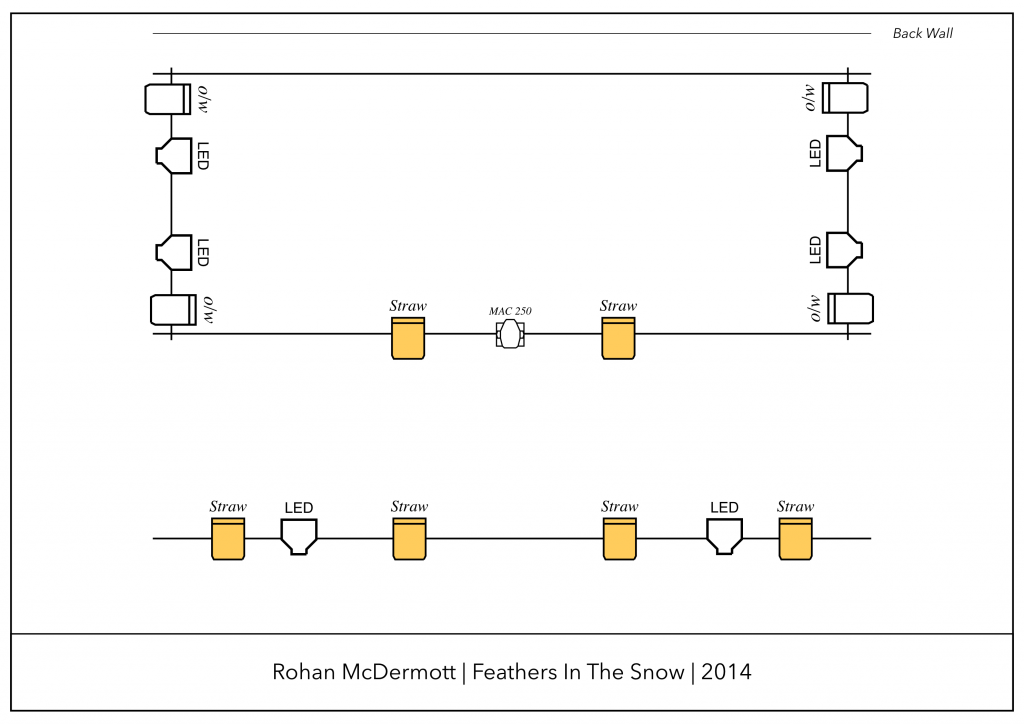 → The director requested that there was snow in the final number. We achieved this by having a member of the stage crew enter the stage from a trap door in the lite-deck and spray the actors with fake snow from a snow machine.

→ We discovered in texting that we couldn’t mount the snow machine in a single position as it wasn’t able to cover the whole cast. We had to have someone pan the machine around. 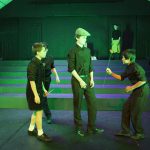 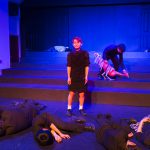 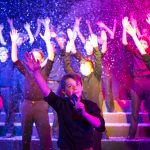